Posted by admin on 2 Comments 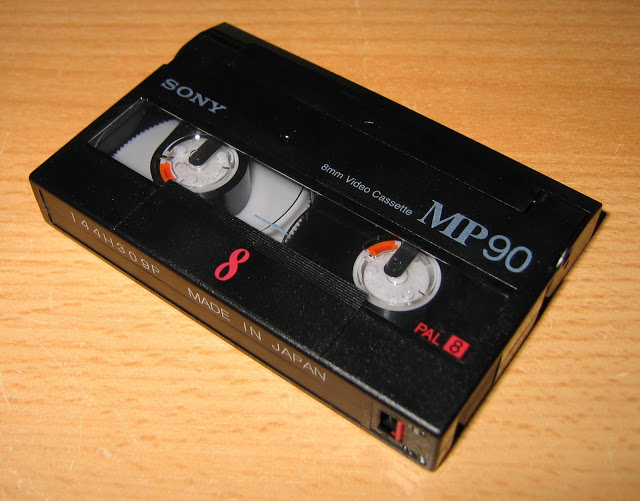 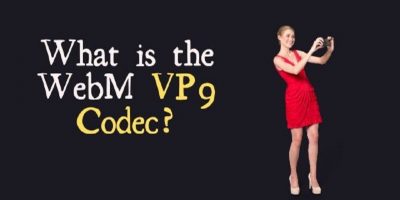 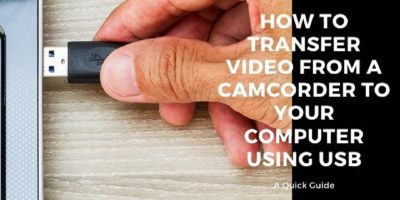 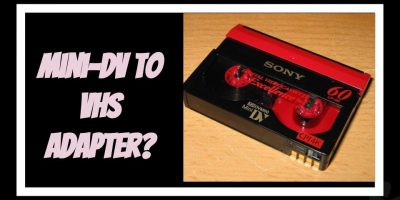 Want to Play your Your mini-DV tape on a VHS Player? Is there a Mini-DV to VHS Adapter?

While JVC’s VHS and Sony’s Betamax were fighting it out for the crown of the home video tape market, 8mm video​ cameras burst upon the scene to steal the show from the two formats in the mid-1980s.

The 8mm video format was first endorsed by the 8-mm Video Standardization Conference where a group of 122 (later 127) manufacturers decided on the standard in 1982.

The Conference, among others, decided on the cassette size standard and also how the video signal is to be recorded.

When 8mm  video cameras were first introduced in the mid 1980s, they caught the attention of video enthusiasts  because of the format’s ability to store video through a mini video cassette, about the size of an audio cassette, which is just one twelfth the unwieldy size of VHS,

FUJI’s Fujix-8
You may venture a guess that Sony launched the first 8mm camcorder. Fuji actually stole a march on Sony in January 1985 with a model called Fujix-8 carrying a price tag of around $1250.

Interestingly, the camcorder, which weighed four and a half pounds  was built by Sony, which would  go on to release its own 8mm camcorder later in that year.

Fujix 8’s Main Features
The standout features  of Fujix 8, 8mm camcorder were an electronic viewfinder and the ability of the camcorder to produce acceptable video quality when shooting in light conditions as low as 20 lux.

The electronic viewfinder allowed the user to check the recordings after shooting and the it could also be viewed over television without extra accessories.

Fujix-8 also came with an computer-type editing facility. Users could  key in the start and end points of a maximum of nine video sequences and copy them in random order to a video tape with a VCR.

What happens here is the editor will run the camera back and forth in the order you have set the sequences to be recorded.

The CCD-V8 carried  three focus settings before another model with auto focus was introduced.

The camcorder could only record video but not play it back.  Sony ceased producing the model when it introduced the AF (Auto-Focus) models.

Polaroid’s 8mm Video Venture
Polaroid came up with its own version of 8mm video camera and were excited about the 8mm video popularity growth because of its audio capabilities. The  8mm video cassette could record mono audio, hi fi FM audio and , in the future, digital stereo sound.

Polaroid offered four versions of its 8mm video tape, all coming packaged in a Black/Blue box:

TDK also jumped into the 8mm video fray, optimistic that the format would be the preference of the home video consumer and expected it to capture at least 20% of the market share of the home movie market in the next two years.Competition from VHS-C.

The VHS camp countered the growing popularity of 8mm video by issuing the VHS-C (compact) format. This tape is essentially smaller than the VHS format, and the main advantage of the format over the 8mm video format was the ability to play it back through an adapter tape the size of VHS.

There was no need to buy an expensive  new video player to view your video recording on television. You could just pop in the VHS-adapter tape and hit the play button.

Despite playback ease, VHS-C camcorders did not hit the stride in the market and 8mm video dominated the camcorder market.

Although other manufacturers tried to cash in on the 8mm video market, it was Sony which led the market share, by constantly improving the quality of its 8mm video

The video 8 format has horizontal  resolution of 240 lines, similar to that of the VHS format. Sound was only FM quality.
Later, when Sony introduced the Hi-8 and Digital 8 camcorders, they came with the ability to play Video 8 tapes.

The Hi-8 was an improvement over the Video 8 format. It’s quality was that of S-VHS  and laserdisc  with a resolution of 420 lines. In the PAL format, it could record at a resolution of  560 x 480.

The Hi-8 format  found favour among journalists in news agencies and low-budget moviemakers.

Among the full-length movies shot on Hi-8 are Access Denied, The Uninvited and Outbreak by moviemaker Glenn Kau, now available for viewing on Vimeo..

The Digital 8 format was Sony’s answer to the mini-DV format. It allowed users to record in a digital format on an analog Vdeo  8, or Hi-8 tape.

It also had versatile video capture abilities. What this means is if you have a defective Video 8 camcorder, you could still play your video tape  back and capture it for editing through Digital8 camcorder Firewire port.

The Digital 8 format was Sony’s answer to the mini-DV format. It allowed users to record in a digital format on an analog Vdeo  8, or Hi-8 tape.

It also had versatile video capture abilities. What this means is if you have a defective Video 8 camcorder, you could still play your video tape  back and capture it for editing through DIGITAL8 camcorder Firewire port.

In 1985 Kodak announced the release of an 8mm video tape that could record video for two hours. The tape which was of the metal particle type, was to have its base thickness reduced to 10 microns from its original 13 to extend its recording duration by one third.

Polaroid announced the release of a metal particle tape which with a recording time of 90 minutes. The tape called MP-90 was to be followed with the 30 and 60-minute versions

Despite these releases, it was Sony’s 8mm video tapes which found favour among camcorder users. Understandably so, as Sony dominated the camcorder market before mini-DV made its presence felt

If playback from your 8mm video camera is not up to the mark, it could be that the video head is dirty.  Recording quality may also suffer. Experts advise that the camcorder heads be cleaned after 20 hours of recording.

Always use the video head cleaning tape recommended by the manufacturer of your 8mm camcorder.

If for some reason you have a stack of old video 8 and Hi-8 tapes and wish to play them back or digitise them, ad don’t have access to a Digital8 camcorder,  you could try getting an 8mm video player recorder.
These player-recorders come built-in with a Firewire port, which allows you to digitise your old tapes easily by importing them into a computer video editing program.
They are no longer in production, however, but you could find used models over eBay or Amazon.

Unless you don’t mind rewinding your tapes and playing them back over your television from your camcorder or 8mm video player time and again, you would want to convert your 8mm video casette to digital.

You have two ways to do this. First, you connect your camcorder to your computer via a video capture card and import video into it through a video editing program.

Once you’ve edited your footage, you could burn your video to VCD or DVD, or simply export it as a digital video file to be played back on your computer or mobile devices.

With the advent of DSLR cameras and 4k smartphone video cameras, the 8mm video format could be considered ‘extinct’ but here and there folks with functioning 8mm camcorders are still shooting and producing videos.

Want to Play your Your mini-DV tape on a VHS Player? Is there a Mini-DV to VHS Adapter?