How to Connect an Older DVD Player to TV with HDMI 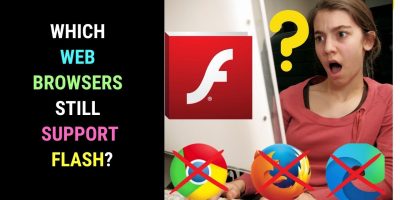 Connecting a DVD player to an analog TV used to be a no-brainer.

If you had a flat-screen analog TV, you would have additional options. Flat-screen TVs came with S-Video and component video input ports.

With S-Video and component video, you got only video signals. You would still need the two L-R (Red and White) RCA cables to transport sound from your DVD player to your TV.

All that changed with the advent of HDTV. HDTV offered a better and more versatile connection, namely HDMI (High Definition Multimedia Interface).

With HDMI you get high-definition video and audio in a single cable. But then you need not have to use HDMI to use the HDTV.

So, you could still connect your DVD player to your HDTV as you would with an analog TV.

Most newer HDTVs have done away with analog video inputs. This is understandable as most AV devices are digital these days. This would include TV boxes, Blu-ray players, camcorders, and so on. Each of these devices comes with HDMI connections.

There are even DVD players with HDMI connections. But what if you have an older DVD player with only analog video out ports as mentioned above?

How do you connect it to your HDTV? Is a connection possible or do you simply have to ditch your old DVD player and get a newer one with an HDMI connection or a Blu-ray player?

The good news is you can still connect your older DVD player to your HDTV. With an AV to HDMI converter.

It would save you the cost and trouble of getting a newer DVD player with HDMI.

An AV to HDMI converter takes the analog video signal from your DVD player and converts it to an HDMI signal that you can send to your HDTV.

An AV to HDMI converter is pretty simple to use. First of all, you need to power the converter.

You do this through a USB connection. Connect a USB cable from the converter to a USB power adapter.

If you have an HDTV that comes with USB ports, then you can use them to power the AV to HDMI converter.

Then you take an HDMI cable and plug it into your converter box. Finally, connect the other end of the cable to an HDMI port on your HDTV.

Now that you know how an AV to HDMI converter works, let’s see how you can get hold of one and which among the options available you should choose.

Types of AV to HDMI Converters

What kinds of AV to HDMI converters are available out there in the market?

Standard RCA to HDMI Converters are also known as AV to HDMI converters.

A standard RCA to HDMI converter comes with a single set of RCA video input. If you have just a single RCA video-based device to connect to your HDTV, you can use this type of converter.

An example of a standard RCA to HDMI converter is the GANA AV to HDMI Converter.

It comes with a 720p/1080p switch. If you have an older HDTV set that supports only 720p video, this switch would come in handy.

If you have two or more RCA devices to connect to your HDTV, you could use a dual RCA to HDMI converter.

For example, if want to connect a VHS VCR and a DVD player, you can use the RuiPu 2 Port AV to HDMI Converter to connect them to your HDTV.

You get two sets of RCA video inputs. HDMI output is limited to one, however.

This dual converter box allows you to switch video between 16:9 and 4:3 aspect ratios through a button on top of the converter. This will prevent picture distortion when 4:3 is stretched to 16:9.

The other button allows you to toggle between RCA Input 1 and Input 2. To know which input is active there’s an indicator light to see which input is connected.

Unlike the standard AV to HDMI converter, this unit comes with an HDMI cable, not to mention a USB cable.

There’s also an ON/OFF switch to turn off the unit when not in use.

Check out the RuiPu 2 Port AV to HDMI Converter.

Check out the Tendak RCA AV and S-Video to HDMI Converter.

Component video has three ports for video (Red, Green, and Blue) and you would need two more RCA audio ports.

You should only buy a component video to HDMI converter if you’re certain that you would not be using your DVD player’s RCA or S-Video connection.

Although you’ll be using RCA-type cables for the component video, you can’t connect an RCA (composite) video source to this converter box. It will not work.

Also, you must match the RGB output from your DVD player to the RGB input of the converter box. In other words, blue to blue, green to green, and red to red. Otherwise, you won’t get a picture on your HDTV.

Check out the Newcare Component Video to HDMI Converter.

With what devices can I use the AV to HDMI converter?

You can use it with any device that has an RCA output port – camcorders, game consoles ( Nintendo 64, Wii, PS2).

Can you improve video signal quality by using an AV to HDMI converter?

No, you can’t. The converter doesn’t upconvert an AV to an HDMI signal. It just makes the signal compatible with an HDMI connection. So, you get only DVD quality video and not HD quality video.

Still, you can use the 720p/1080p switcher. Users have reported a slight improvement in picture quality with the converter box.

Picture quality will also depend on your HDTV screen size. The bigger the TV size, the lower the picture quality.

Can you transmit HDMI signal back to AV port of the converter?

No, you can’t. The AV to HDMI converter is not a bi-directional video converter. You can only convert RCA to HDMI and not HDMI to RCA.

The same applies to S-Video and component video to HDMI converters.

Does the AV to HDMI device support PAL or NTSC?

Can I get the original aspect ratio of 4:3 on my HDTV with this converter?

HDTV works on the 16:9 aspect ratio. If you feed a 4:3 aspect ratio video to it, the picture will be stretched to fill the screen. This causes a little distortion. However, the video will still be watchable.

Certain units may come with a switcher to toggle between 4:3 and 16:9 to address this problem.

Can I Convert RCA Audio Only to HDMI?