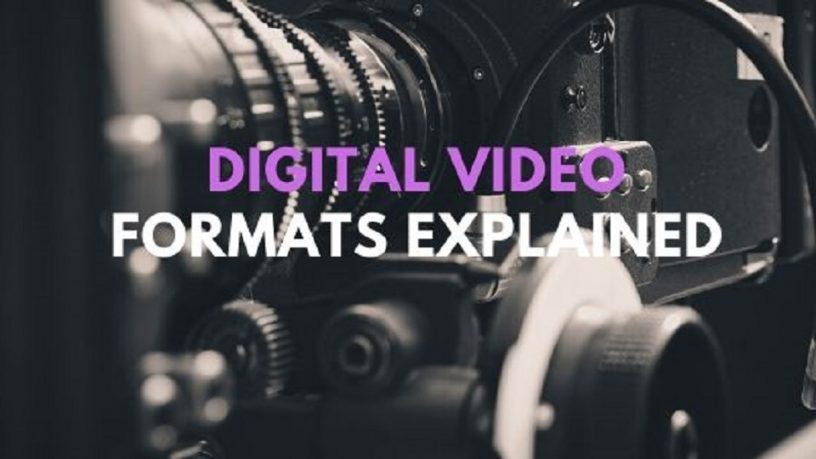 What are Digital Video Formats

Life was much easier, though not that convenient, during the analog video days.

You didn’t really have to worry much about video formats. As long as you had the right equipment to play your video content, you’re fine.

If you had a VHS tape, you played it with a VHS Player-Recorder and a S-VHS with a S-VHS player and so on.

The World of Digital Video

There are now at least a dozen popular video formats and a good number of little-known formats.

These formats came about mainly to accommodate size limitations of the different storage media.

Most digital video formats can be played back through hardware equipment – DVD, VCD, SVCD and all of them can be played through software media players over a computer.

The main aim of digital video format is to deliver video of high quality without using much storage space.

A digital video file, on the other hand, require only minutes and doesn’t need bulky equipment setup to replicate it.

A digital video file can be copied to a flash drive, hard disk drive, memory cards and even to cloud storage and be played back from there.

If you’re confused about WMV, AVI, MKV, MP4 and Quicktime, read on.

A digital video file consists of two important elements – a container and a codec.

A container is used to hold a video and audio file, mainly. It can also store text and images as well.

A codec is a compression-decompression system used to reduce the file size of a raw video file while maintaining quality as much as possible.

What are the Different Types of Digital Video Formats?

Now that you’ve a basic understanding of a container and codec, let’s move on to the video formars.

cThis is just an overview of video containers and codecs that make up digital video file formats.

AVI is MIcrosoft’s brainchild. It’s use goes way back to Windows 3.1. The container comes with the .avi extension.

This is yet another offering from Microsoft. ASF files usually have the .wmv extension. It was meant to be used for streaming video.

Developed by Apple, files supported by this container come with the .mov or .qt extensions.

MP4 can be said to be the most popular video container . It’s compatible with a wide range of devices, from HDTVs to Smartphones.

Read more about the MP4 format.

It supports almost every codec there is out there.

Read more about the MKV format.

It supports the H264 codec which delivers high-quality video, while lowering file size.

Read more about the AVCHD format.

FLV or Flash Video is popular when it comes to streaming video. In the early days of YouTube, FLV was the dominant format.

Read more about the FLV format.

The above is an overview of the digital video formats worth noting. Check out the links above to learn more about them.