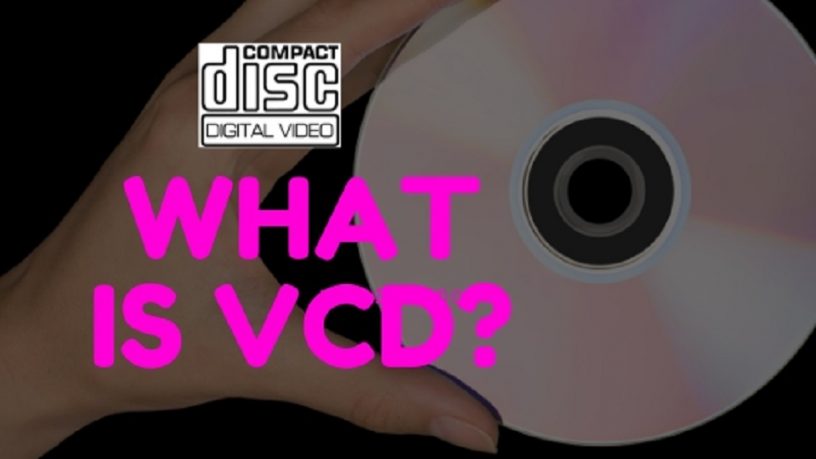 VCDs were popular until DVD players made their entry into the home entertainment market about three years after their introduction.

Though VCDs offered movie in a disc as an alternative to VHS, they didn’t catch on with the rest of the world except in Asia.

What is the Meaning of VCD?

VCD stands for Video Compact Disc. You would have come across a music CD. A music CD has only audio in it, But a VCD has video and audio in it.

VCD was introduced in 1993 by Sony, Philips, Matsushita and JVC.

What is the Difference between DVD and VCD?

Both offer video content storage in a disc format. DVD howevr, has a larger storage capacity,

Secondly, a two-hour long movie can be stored in a single DVD.

In a VCD the movie has to be split between two disc. DVD’s video quality is also far superior to VCD.

What is VCD Encoding?

This allows for up to 74 minutes of video depending on disc size, at a constant bitrate of 1.15Mbps.

In a VCD the audio and video streams are muxed (multiplexed) in a container called MPEG-PS (MPEG Program Stream).

Yes, DVD players can play VCD. There are dedicated VCD players for VCD playback. VCD can also be played back in computer CD-ROM and DVD-ROM drives.

Any video editing program with has a burn to DVD export option will most likely include a burn to VCD option.

However, if you don’t have such a video editor, you can use a free standalone program like VCD Easy.

You may also try the Totally Free Burner.