Posted by admin on 5 Comments 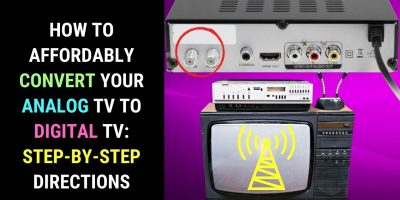 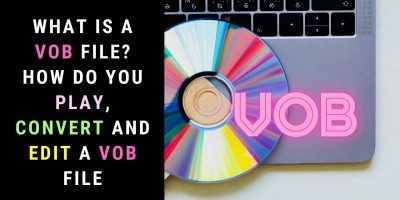 What is a VOB File? How Do You Play, Convert and Edit It?

With the emergence of Full HD video cameras with the capability of capturing video in MP4 and AVCHD formats via memory cards, Firewire technology may seem a little outdated.

Firewire, however, is useful when transferring video from a mini-DV camcorder or a Digital8 camcorder to your computer. In other words to digitize your mini-DV or 8mm tapes.

FireWire was developed by Apple Computer in 1993. It was adopted from the IEEE (Institute of Electrical and Electronics Engineers ) Standard 1394. As such it’s called IEEE 1394.

Later when Sony manufactured Digital8 camcorders they called it i.LINK.

The primary purpose of FireWire is to connect supported devices, especially camcorders, to Mac computers or PCs. for high-speed data transfer.

It replaced the parallel SCSI connection used in many applications to offer simpler but effective connectivity.

Can’t Directly Connect Your Camcorder to Your Computer

You can’t directly connect a standard digital mini-DV/Digital8 video camera to your computer like you would connect a scanner or an external hard disk through USB.

Before you can transfer video to your computer, you must ensure that your computer is equipped with a Firewire port, which is different from a USB port.

You will then connect your camera to your computer with a Firewire cable.

Save for some high-end models, PCs didn’t have this facility though. Still, a Firewire connection can be added on through a Firewire card.

Camcorders with Firewire and USB Connectivity

While video capture is possible via USB, you had better avoid
these types of USB-only cameras, especially if you’re going to use them with an older computer.

Most of these cameras come with USB 2.0 connectivity and if you’re transferring video to a computer with a USB 1.1 port, then the transfer rate is going to be very slow. In some cases, it may fail altogether.

So, as far as possible, get a video camera with a Firewire port and to avoid technical glitches when capturing video to your computer.

But then there are ways to connect your camcorder to your computer through USB.

What’s the Big Deal About Firewire?

Firewire makes it a breeze to transfer video from a video camera into a computer and edit footage from your computer back to the tape.

Firewire is also known as IEEE 1394 or iLink in Mac parlance. In fact it was developed by Apple and is not only used for video transfer, but also to connect other computer peripherals like external hard drives, scanners and disc burners, among others.

Actually, you don’t need Firewire to transfer video to a computer for editing.

If you’re having an older type of analog video camera, all you need is a video capture device to convert analog video to digital and then edit it. However, the digital video quality will not match that captured via Firewire.

So, what makes Firewire a favorite among digital video makers?

With Firewire you can undertake video transfer to both Windows and Mac computers. All you need to do is plug your camera into the Firewire port of your computer and your camera will be detected automatically. This is unlike other video capture cards where you would need to install software. drivers to enable video capturing.

Your video editing software, even the basic ones, like Windows Movie Maker is enabled to detect a video camera connected to the computer with a Firewire port.

If while capturing video you decide to pause your camera, you don’t have to fiddle with the camera buttons. You can manipulate your camera with the pause or stop button in your video editing software.

So, Firewire adds a lot of convenience to your video capturing process.

With Firewire, you don’t have to turn off your computer to plug or unplug a connection to your camera or computer.

You may have a Firewire cable already connected to your computer with the other end hanging loose. When you’re ready to capture video, all you have to do is just plug the cable into your camera without having to turn your computer off.

What is a VOB File? How Do You Play, Convert and Edit It?