Mini-DV Tape Converter without a Camcorder : Is it Possible? 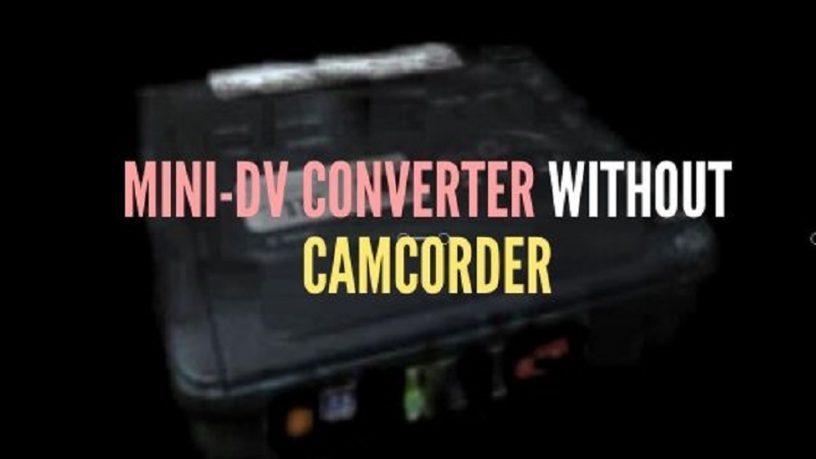 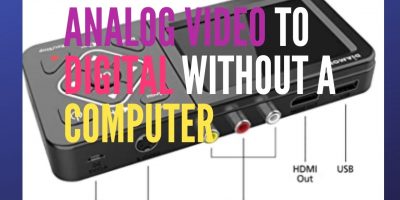 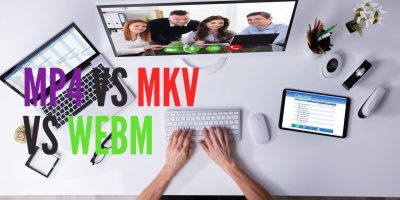 MP4 vs MKV vs WebM : Which is Better? 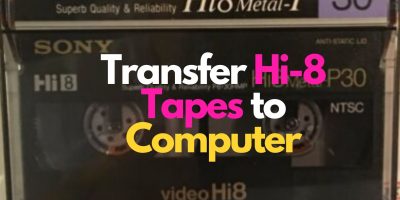 How Do I Transfer Hi-8 Tapes to Computer?

There isn’t a mini-DV tape converter through which you put in your mini-DV tape and directly convert your footage to a digital video format through a VHS player.

It is only possible with the S-VHS format where there’s an adapter you fit an S-VHS tape into and play it back through a VHS player.

If you don’t have a mini-DV camcorder , then you would need to have a mini-DV player to help you transfer video footage to a computer as will be explained below.

Mini-DV tape players are no longer in production. As such you would have to source for a pre-owned unit over eBay or Amazon.

The scarcity of mini-DV tape players make them pricey.

You should only go the mini-DV tape player route if you’ve dozens of mini-DV tapes to convert to digital.

If you’ve only a tape or two to convert, then it would not be economical to buy a mini-DV player to transfer mini-DV tapes to your computer without a camera.

It would be wiser to use a tape to digital service in your neighbourhood. You would get a professional service at a reasonable price.

A mini-DV player works very much like a VHS deck. All you have to do is pop in your tape into the player and hit the play button.

How do I transfer mini-DV Tapes to My Computer without a Camera?

The only way to transfer mini-DV tapes to your computer without a camera is through a mini-DV tape player as has been explained above.

There are two ways to convert mini-DV tapes to digital or DVD without a camcorder.

The first way is to transfer through an analog connection and the second way is through a Firewire connection.

As you would have already known mini-DV camcorders come with a Firewire port to enable the output of digital video to a computer that has a Firewire connection. A mini-DV player has the same facility.

Alternatively, you’ll need Firewire card for desktop computers if you want to use Firewire to transfer video footage from your mini-DV to your computer.

If you don’t have a Firewire connection in your computer, then you would have to use an analog connection.

For this you would need a video capture device to act as a bridge between your mini-DV player and your computer.

To convert mini-DV to digital without Firewire you connect the player ‘s AV out to the AV in of a video capture device.

Then using the software that comes with the USB video capture device, you can initiate a transfer of your mini-DV footage to be stored in your computer hard drive.

USB-based video capture devices come with composite (RCA) and S-Video in. So, if you’re using a mini-DV tape player you’re advised to use the S-Video out to get the best picture quality.

mini-DV players come with analog video ports, namely composite (RCA) video and S-Video as you can see from the rear end of a mini-DV player deck below.

The Firewire port is marked as DV in/out at the rear end of a mini-DV player deck.

Check out the video below to see how a Firewire connection works on a mini-DV camcorder. The same applies to a mini-DV player.

Is there a mini-DV Player with HDMI Out?

You can’t go out and buy a mini-DV player in your neighbourhood electronics store. The mini-DV format is no longer in vogue after the arrival of the HD video format.

However, you can still find used models over Amazon or eBay.

As these items are rare expect to pay above USD 300 for a set.

Comparatively, mini-DV camcorders are cheaper. However, if you have the budget, you should go for a mini-DV player, as it’s much more convenient to handle.

Buying a mini-DV player would only be economical if you have a big number of tapes to convert to digital. If you have only a few tapes to convert, then it would be wiser to use a tape to digital conversion service in your neighbourhood as an alternative to mini-DV tape converter without a camcorder.

MP4 vs MKV vs WebM : Which is Better?

How Do I Transfer Hi-8 Tapes to Computer?