VHS Wiki: What Does VHS Stand For? What’s the Difference Between a VCR and VHS? 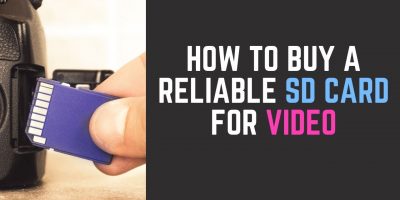 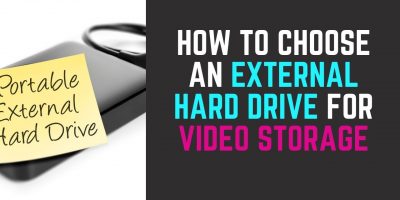 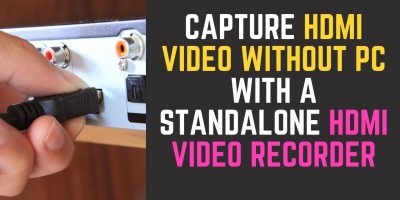 VCR stands for Video Cassette Recorder and VHS stands for Video Home System. VCR is a machine (video player) and VHS is a video tape. Video can be recorded into a VHS tape via a video camera or from television. There are also pre-recorded movies available in VHS

VCR and VHS work together. However, there’s a difference between them as you’ll see in the following sections of this VHS wiki.

What Does VHS Stand For?

It’s an analog tape format with a tape width of half an inch. VHS tapes were first available in the USA in 1977, having been released a year earlier in Japan.

It’s a low quality video format which promises about 240 horizontal lines. That is the resolution you get for a VHS tape recorded in SP (Standard Play) mode.

When recorded at lower speeds (LP), you get a longer recording time. However, the quality will be much lower. See the table below for details.

What Does VCR Stand For?

VCR is a machine (video player) and VHS is a video tape.

Video can be recorded into a VHS tape via a video camera or from television. There are also pre-recorded movies available in VHS.

To playback a VHS tape, you would need a VHS player. A video player can only play back video from a VHS tape.

A VCR can do that, too and also record video into a blank VHS tape from a television set or from another video player playing a VHS tape.

So, a VCR is a video player- recorder and VHS is a tape.

You put in VHS into a VCR to watch video.

That said, the term VCR doesn’t only apply to the playing and recording of video on VHS tapes.

It also applies to other video cassette formats like 8mm and mini-DV.

Thus we have 8mm VCRs playing and recording different 8mm video formats. We have Video8, Hi-8 and Digital8 VCRs. We also have mini-DV VCRs.

These VCRs playback only the tape format they’re designed to support.

On the other hand, a VHS VCR can not only play back VHS tapes, but also VHS-C (VHS-Compact) tapes. This is done with the help of a VHS-C to VHS adapter.

But generally, when we talk about VCRs, we often refer to VHS VCRs as they’re more commonly available in the market.

The following are the variants of the VHS tape, some ranging in quality and size.

The standard VHS tape has a smaller version or compact version called VHS-C or VHS-Compact. The only difference is the size. Other than that, the video quality is the same.

Its main advantage is you don’t need a special VHS-C VCR to play it back. It can be played back through a VHS VCR by inserting the tape into a VHS-C adapter as explained above.

S-VHS stands for Super-VHS. As the name denotes, it offers a superior picture quality compared to standard VHS.

Read more about the difference between VHS and S-VHS.

D-VHS stands for Digital VHS. It was introduced in 1998.

D-VHS was the only video format that offered high-definition video before the advent of HD-DVD and Blu-ray.

The video bitrate of D-VHS is 14Mbit/s as opposed to DVD’s 5 Mbit/s.

Recording time on a D-VHS tape is reduced by half when high-definition video is recorded on it.

The various recording modes may seem to be D-VHS’ strong point. However, it only served to confuse consumers.

Watch the video for a quick demonstration of what the quality D-VHS is like. You’ll be amazed, especially with the chapter search function.

Not only was the different recording modes were confusing to consumers, there were other issues as well.

To start off, there were D-VHS playback issues. If you recorded a D-VHS tape on a Panasonic VCR you can’t play it on a JVC D-VHS VCR. The reverse is also true.

Also, there was only one way to record HD video with a D-VHS VCR. It was through Firewire.

Only a few TV sets came with Firewire connections. There were also a limited number of Firewire-enabled cable boxes.

The death knell was sounded for D-VHS in 2006 with the entry of Blu-ray and HD-DVD.

That said, D-VHS-related products are still available for purchase online should you wish to explore this short-lived video format.

You can play a VHS HQ tape on a non-HQ VHS VCR.

How Long Can VHS Tapes Record?

VHS tapes can record for a minimum of 20 minutes and a maximum of 180 minutes in SP Mode.

In LP Mode in can record a minimum of 40 minutes to a maximum of 360 minutes.

In EP mode, VHS tapes can record a minimum of 60 minutes to a maximum of 540 minutes.

Refer to the table below for the recording times available in the three different modes.

The official VHS standard set by JVC didn’t include LP speed. It was created out of necessity to maintain VHS’ competitiveness in the home video market. It was mainly done with the intention of keeping VHS’ main competitor, Betamax at bay.

Then Sony released Beta II which doubled the recording time for Beta VCRs.

Other VHS VCR/tape maufacturers (not including JVC) countered with LP speed recording.

Why is a Blank VHS Tape Marked T Followed by a Number?

The T indicates that the tape is of the NTSC type. The number denotes the play time available in minutes.

So, if a tape is marked T12O, it means it is an NTSC tape with a record and play time of 120 minutes in SP mode.

If a tape is marked E180, E means the tape is of the PAL type with 180 minutes of playtime.

How is a VHS HQ Tape Different from a Standard VHS Tape?

S-VHS vs VHS: What is the Difference Between VHS and S-VHS?

What is Macrovision Protection in VHS and DVD?

What’s the Best Way to Convert VHS-C to Digital? You Have Three Options

The Big Showdown : Are those LP and EP Movies Really a Bargain? in Video Review Magazine July 1988