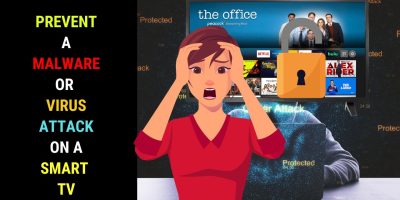 If you’ve been exploring the different TV types with the aim of acquiring a new set, you would have come across Android TV.

It would have set you wondering. What is an Android TV? How is it different from other types of TVs? What can you watch on it and what can’t you?

You may also have come across Google TV. What’s the difference between Google TV and Android TV?

This post will answer these questions to help you understand what Android TV is and learn enough about it so that you can make a decision as to whether you should buy a unit.

By now you would have known that Google is behind Android. Does that mean Google is manufacturing Android TV?

No, Google doesn’t play any part in the TV manufacturing part. They’re not in this line of business.

They just develop and provide the Android Operating System.

So, Android TV is not a physical TV brand. It’s an operating system for televisions, namely smart televisions.

Smart televisions, as you may already know, come with Internet connectivity. They are mini-computers just like smartphones and tablets. So, they’ll need an operating system to function.

So, an Android TV can be manufactured by anybody. So, you can see Android TVs from different manufacturers – Sony, Philips, TCL, etc because the Android OS, being open source can be used by any TV manufacturer.

Compare this to Apple TV’s tvOS which is proprietary and manufactured only by Apple Inc.

Google’s foray into video streaming started with Google TV. This was back in 2010 when it partnered with Sony, Intel, and Logitech to get the project going.

Google TV saw the light of the day through some first-generation smart TVs and streaming devices. It did not catch on, however.

By 2015 Google had discontinued the service and replaced it with Android TV. Much of Google TV’s development work was channeled into Android TV.

Google announced Android TV at the Google I/O in June 2014. It then went on to release the Nexus Player, a set-top box powered by Android TV. The device was to be discontinued by 2018.

Hardly a year after Android TV was announced, Sony announced at CES 2015 that it will use Android TV as the operating system for its line of Bravia Smart TVs.

Android TV also attracted Sharp and Philips from the TV industry. IPTV providers, too, adopted it as the operating system of choice for their set-top boxes.

Google announced a new version of Chromecast which was to work with Google TV. Google TV will be another layer added to Android TV.

It is expected to replace Android TV by 2022. What this means is the Android TV interface will be replaced by that of Google TV.

Google’s Android TV partners are expected to be the early adopters of the Google TV interface.

We may think that Google TV is replacing Android TV. This is not true. Google TV is an improvement on Android TV. The operating system is still Android. What we can really say is Android TV is being renamed Google TV. It’s as they say, old wine in a new bottle.

Existing Android TV devices will get Google TV-type of upgrades, depending on the manufacturer’s initiative, to allow them to enjoy some of the new features Google TV promises.

Watch the Android Developers video below to get an overview of Android TV and Google TV.

What’s the Difference Between Android TV and Smart TV?

Android TV is a smart TV because you can connect it to the Internet. Also, you can download apps and install them on your TV, just like other smart TV with different operating systems.

Android TV is powered by Android OS. Other Smart TVs have their own operating systems WebOS (LG) and Tizen (Samsung). That’s the main difference.

Advantages of Android TV over Other Smart TVs?

Android TVs are much cheaper than smart TVs. The main reason? There’s no cost for OS development, as the Android OS is available for free to manufacturers.

If you’re an Android device user you’ll have great familiarity with the interface especially when it comes to using apps in the Google Play Store.

Android TV can capitalize on the wide range of apps available on the Play Store. Samsung’s Tizen and OS LG’s WebOS, on the other hand, have a limited number of apps beyond the popular ones.

Android TV apps include games, not to mention Google Play Movies and TV through which you stream the latest movie releases and popular TV series. Some of the video content is available only through this service.

The best part is you won’t need a set-top box or devices like Amazon Firestick, Chromecast, or Android TV box to get your Android TV working.

But then not all the apps that work on your smartphone and tablet will be functional on Android TV. Some developers may not have an Android TV to test their apps and so they may not set their apps as compatible with Android TV.

Android TV updates are more regular compared to the other TV operating systems.

Android is more aggressive in its software updates. Because of this App developers are constantly working to improve their apps. Android TV owners will certainly benefit from it, compared to smart TV owners.

This is where Android TV shines. You can cast the contents of your smartphone or tablet onto the TV screen. This would be useful with certain apps that you can only use with mobile devices and are not available on Android TV.

The built-in Chromecast feature would allow you to enjoy this feature.

You can also use Google Assistant to issue voice commands to help you search for a particular app or movie or operate smart devices in your home like air-conditioners and so on.

Android TVs are slower than regular smart TVs. They have a longer boot-up time. Also, the interface may not be easy to navigate especially for those who aren’t tech-savvy.

Also, if you swear by a particular TV brand, that brand may not offer Android TV. For example, if you’re loyal to Samsung, you won’t get an Android TV from the brand.

Do you need a Google account to use Android TV? No. You can watch YouTube, use Google Assistant, and even cast from your smartphone without a Google account. However, if you want to rent movies or buy apps, then you would need to be logged into your Google account.

Can You Use an Android TV without Internet?

Yes, you can use your Android TV without the Internet to view over-the-air programs from your local TV stations and also cable and satellite services you’ve subscribed to.

An Android TV is a normal first before it’s a smart TV.

Can You Turn Your Normal TV into an Android TV?

Yes, you can turn your normal TV into an Android TV with an affordable add-on Android box without needing a Chromecast dongle.

So, you don’t have to buy a new Android TV if your budget doesn’t allow it.