What is an M-Disc? How is it Different from a DVD and Blu-ray? 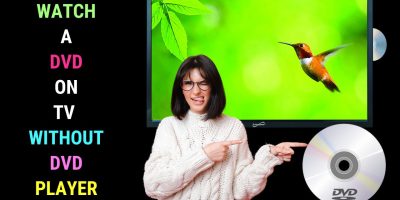 Time was when optical discs were thought to be a reliable data storage medium. Much more reliable than tape-based storage.

In the early days, those advocating the transfer of videotape to disc were fond of saying transferring video to disc would ensure that your treasured memories are preserved.

This was generally true, but with exceptions. One of them was optical discs were susceptible to DVD rot.

DVD rot sets in and renders a disc unreadable when the dye layer in a disc deteriorates or is damaged for various reasons.

If you don’t already know what DVD rot is, check out this DVD rot post.

Well, DVD rot isn’t a problem if your favorite commercial movie is unreadable. You can always get a replacement.

What about your home movies containing precious family memories? Just when you thought you’ve found an ideal solution to tape deterioration, you wake up one morning to realize that the game isn’t over as yet.

This is the age of cloud storage. For the average user cloud storage is available free, just enough to store backups of important files.

But not everyone is taking to cloud storage like a duck taking to water. Cloud storage, though offered gratis through Internet giants like Google and Microsoft isn’t really heaven-sent for many.

Many are suspicious of these services especially when it comes to privacy. How sure are you that these services don’t examine what you upload to their platforms? Wouldn’t any employee gain access to your stuff? Also, what if there’s an outage and you can’t access your data?

What about solar storms? Aren’t data centers susceptible to that? These storms have the ability to cripple radio and satellite-based communication systems relied on by data centers for the smooth functioning of their operations.

The answer to these uncertainties and insecurities seems to be another type of optical disc – the M-Disc.

What is an M-Disc

An M-Disc is also known as Millenial Disc. It is named after the company behind the technology.

On first sight, there seems to be no big deal about it, as it looks very much like a standard DVD.

What sets it apart from a standard DVD is its longevity. Data stored in it is supposed to last for 1000 years.

It is touted as the world’s first permanent storage solution.

How is this so? It’s because M-Disc contains an “inorganic rock-like material
that is not available from any other recordable DVD.” This rock-like material replaces the vulnerable organic dye layer in standard DVDs.

Of course, the layer is not made of rock, literally. Instead, it contains multiple layers of different materials similar to layered rocks.

Among them are silicon dioxide and carbon. This makes the disc withstand temperatures of 500 degrees Celcius. It isn’t also susceptible to hazards caused by the presence of oxygen, nitrogen, water, and other harmful chemicals found in normal storage conditions.

Under such harsh thermal conditions, the organic dye layer in a typical DVD would decompose.

The rock analogy is not merely a marketing gimmick by the company behind M-Disc. The intention of the engineers and scientists behind the M-Disc technology was to create a method of engraving digital data in ‘stone’, inspired by a rock’s ability to survive thousands of years without any significant change in its properties.

By now, You may be taking the longevity claim with a pinch of salt. However, there’s solid evidence to back the claim.

The US Navy tested the M-Disc alongside other archival-quality DVDs. They were thrice subjected to extreme heat, humidity, and full-spectrum light exposure for about 26 hours.

Only the M-Disc survived the harsh treatment without any visible degradation.

On the home front, the M-Disc has been put to ‘endurance test’ by individuals.

In this video, M-Disc is put to test in extreme temperature and moisture conditions.

Two Types of M-Disc are available – the DVD and Blu-ray versions.

This 25 Pack Millenniata M-Disc pack comes with inkjet-printable discs. It supports a read speed of 16x and a write speed of 4x.

This 10 Pack Vinpower 4.7GB M-Disc Write Once Read Forever pack has similar features to that of the Millenniata version.

If you’re looking for additional storage then you would have to opt for M-Disc Blu-ray.

This Verbatim M-Disc pack is a good option if you’re considering up to 25GB of storage.

Even if you’re thinking of burning only M-Disc DVDs, it’s advisable to go for an M-Disc Blu-ray burner in case you need to burn M-Disc Blu ray in the future.

Choosing an M-Disc burner is not vastly different from choosing a standard DVD or Blu-ray burner. If you don’t have experience in this area, read this DVD burner buying guide first.

The pack comes with a USB-C to USB-A cable, too.

As mentioned earlier, a Blu-ray version will take care of all your M-Disc burning needs, whether M-Disc DVD or Blu-ray.

This Amazon’s Choice Pioneer Portable BD Burner with a clamshell design supports M-Disc burning well. It comes with the Cyberlink Media Suite and works with Windows and Mac.

The  Power2Go program should take care of your burning needs.

Also, check out other M-Disc DVD and Blu-ray burners.

Granted, you can store data in M-Discs for hundreds of years. But will DVD or Blu-ray drives to read them will be around then? It is hardly decades after the introduction of modern optical discs and they’re falling out of popularity.

True, Blu-ray players and drives are popular. But how long will they be around before being replaced by newer and better technology? When this happens how are you going to play your M-Discs?

All said and done, the ideal solution would be to use a combination of storage options – hard disks, optical discs, and cloud storage to preserve precious digital data.

What is a MultiMedia Compact Disc (MMCD)? How is it Different from a Standard CD?

What is the Holographic Versatile Disc (HVD)? What Makes it Superior?