NVR vs DVR: Which is Better? 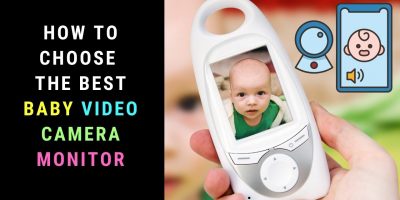 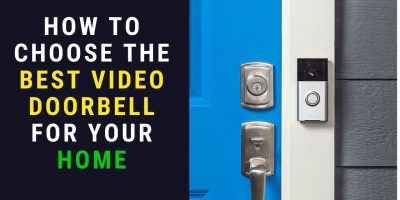 How Do Video Doorbells Work and How to Choose the Best

When installing a video surveillance system, there’s a need to choose a video recorder that captures and stores footage from the camera.

Understanding the difference between the two will ensure that you get the security equipment that serves your needs.

You may already be familiar with DVR when it comes to recording TV programs. DVRs for security cameras are a different kettle of fish.

Main Difference Between NVR and DVR

The main difference between these two video recorders is the manner they process the video recorded by a security camera.

An NVR, on the other hand, handles exclusively digital video.

With a DVR system, video is recorded by the camera. It is then sent to the DVR which encodes and processes the video signal into a digital format.

With an NVR system, video recorded is encoded and processed by the camera. The NVR only stores the captured and readies it for remote viewing.

But then the NVR may undertake some processing to compress video further or tag the video with meta data.

DVR s are connected to an analog security camera system through a coaxial cable.

NVRs are paired with an IP (Internet Protocol) camera system using an Wi-Fi or Ethernet connection.

A Network Video Recorder (NVR) is a device that forms a part of an IP Camera System which includes a computer and a special video management software.

It receives live video recordings and stores them in a compressed digital format in a hard disk, USB drive, SD cards, or other digital storage mediums.

Although NVRs are used with IP security camera systems then can also be used to record video footage from analog cameras  connected to it via IP encoders.

IP cameras are robust in nature. In addition to capturing images, they can record and transmit audio.

Although most IP cameras have typically a wireless setup, they can be connected to an NVR via Ethernet cables.

Ethernet cable connections are effective up to about 100 meters. However, they fare better than a coaxial connection to an analog security camera to a DVR.

Some IP camera systems come with a Power over Ethernet (PoE) connection. , This advantage is only a singke cable is need to handle power, video, and audio.

PoE dispenses with the need for splitters which are common in DVR setups. However, a good number of IP camera systems require separate Ethernet and power supply connections.

Ethernet connections are easier to set up. They are cheaper and the thinner Ethernet cables are easily available compared to the coaxial cables.

With a DVR system video storage is limited to in-house resources. An NVR camera system leverages its Internet connection advantage to upload and store footage to cloud-based servers.

As such, they’re capable of storing a large amount of data compared to DVR-based systems.

A wireless-based NVR is easily set up. as there’s only one cable involved – the power cable. There are no more wires to hook up your cameras too.

It also allows for simultaneous recordings from as many cameras as the system supports.

One great advantage of  a Network Video Recorder is it allows remote access of the recordings it stores. This means you can view recorded footage with your computer, mobile phone or tablet from anywhere there’s an Internet connection.

The analog camera is connected to the DVR via a coaxial cable. The cable can run up to 500 metres.

It however, doesn’t supply power to the camera. A seaparate cable is needed for that. So, you need one cable to power the camera and another to transport video to the DVR.

NVR vs DVR : Pros and Cons

Easier to set up and operate

Limited coverage. More cameras are needed to get the coverage of a single IP camera.

Can only get video but not audio

How Do Video Doorbells Work and How to Choose the Best