What is a Time Base Corrector (TBC)? When Do You Need One For Your Video Projects? 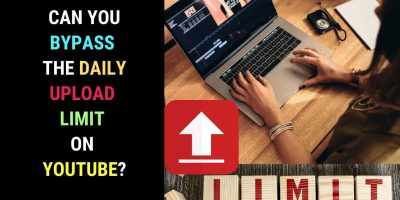 How to Bypass the Daily Upload Limit on YouTube 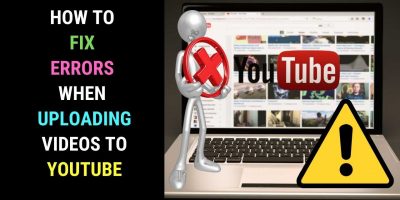 How to Fix Errors When Uploading Videos To YouTube

What is a Time Base Corrector?

When we talk about time base, we’re talking about the rate (based on time) at which each line, field, and frame of video that is reproduced when video is played back,

When the reproduced video doesn’t replicate these settings, then we have a time base error.

Entry-level consumer VCRs often deviate from the above settings. Hence the need for a time base corrector.

General idea: If a VCR can’t play back a tape at the speed it was recorded, time base errors occur.

According to the May issue of the Filmmakers Newsletter 1975, the first standalone Time Base Corrector was introduced at the 1972 NAB (National Association of Broadcasters) Convention.

It was unveiled by Television Microtime, Inc.

“The development of the Time Base Corrector is one of the single most important advances in the videotape and broadcasting fields in recent years, for it allows the independent videotape producer working with helical scan equipment to produce tapes that can eventually be shown on broadcast television or over a cable system. It also allows commercial broadcasters to use the less expensive helical equipment in their newsgathering operations,” said the newsletter.

Why Do Time Base Errors Occur?

Any of the following may give rise to time baser errors:

What are the Signs of Time Base Errors?

The following are signs of time base errors:

What Does a Time Base Corrector Do?

In short, TBC is a video error correction mechanism. It corrects the time-related errors that occur when video is played back on a VCR.

A TBC corrects these errors or improves on them before the video signal reaches the intended destination (TV set or video capture device).

Among the issues a TBC addresses are:

When Do You Need a TBC?

You’ll also need a TBC when you copy tape from one VCR to another.

Most importantly, you’ll need a time base corrector when you’re undertaking analog to digital video conversion.

In the days old, VHS and S-VHS need to be time-base corrected before they were ready to be used in TV broadcast stations.

How Does a Time Base Corrector Work?

Video played is sent to a buffer in the time base corrector. The video is then corrected before it is output.

How does the correction take place? The TBC rebuilds each and every scan line of the analog video signal to provide a stable picture.

In other words, lines are stored and used to reconstruct the video frame by frame before sending the ‘repaired’ video to the destination device.

Types of Time Base Correctors

This type of TBC is an external or standalone unit. Video signal from the VTR is sent to the device. It examines the signal and corrects it. Then the ‘corrected’ signal is transmitted to the receiving device.

What areas can this TBC fix? It can adjust brightness, contrast, color saturation, and even image sharpness.

So, you can rest assured that bouncy jitters, dropped frames and visual distortions will be fixed.

This is often used in video production companies. It isn’t as effective as the full-frame TBC. Depending on the playback video quality it won’t always remove jitters.

Still, it can fix:

Some DVD recorders come with a built-in time base correction feature. So, they can be used as pass-through TBC.

This option will suit you if you don’t have the budget to buy a standalone TBC or you already have a VHS or S-VHS player without TBC.

However, don’t expect the TBC feature to be as good as the full-frame TBC devices or pro-level VCRs with built-in TBC. Depending on the unit you use, it will surely improve your video.

Time Base Correctors for Sale

In this age of HD video, time base correctors aren’t really needed. Still, if you deal with tape formats, especially for conversion to digital, you would find TBC a useful addition to your video production arsenal.

Here are some TBC buying ideas.

You get to remove or minimize most of the common time base errors to give you an improved and stable picture.

A feature to be taken note of is the Integral Processing Amplifier. Through it, you can adjust video brightness, contrast, color saturation, hue, and sharpness.

Video can be input and output through composite and S-Video connections.

The time base corrector is powered by a 15VDC Power Adapter (external).

Check out the AVT-8710 Time Base Corrector.

This S-VHS VCR works with NTSC video only. It comes with a full-field TBC feature.

Users have reported excellent results with the TBC feature the VCR comes with.

Check out the Panasonic AG-1980 S-VHS VCR with TBC.

This DVD recorder unit comes with a built-in time base corrector. It will take care of any jitter if it happens due to a time base error.

On top of that, it comes with a 3D Y / C separation circuitry. This helps reduce dot crawl and color smearing as a result of the ‘cross-talk’ between the video Y and C signals.

It comes in handy when recording analog video from VCRs and camcorders.

How to Bypass the Daily Upload Limit on YouTube

How to Fix Errors When Uploading Videos To YouTube