What is the H.265 Video Compression? Where is it Used? 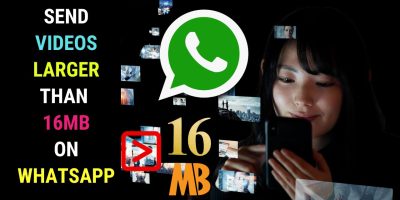 Let’s say you want to rip a DVD. In the video output option, you’ll be given a number of options under the output settings.

Among them are MPEG-4 and MPEG-2 videos.

You may be wondering which of the two you should choose.

If so, read on to find out the difference between MPEG-2 and MPEG-4 to help you make a decision.

First, let’s learn about MPEG-2 and then about MPEG-4 before we look at the facts of MPEG-2 vs MPEG-4.

The ISO ( International Standards Organization) formed the group to set standards for AV compression and transmission.

MPEG-2 compression was developed by MPEG in 1995. It was an improvement on MPEG-1.

MPEG-2 is an improvement on MPEG-1 which compressed video at a maximum bitrate of 1.5MBps.

MPEG-2 is the preferred video coding standard for DVDs. It’s also used in Blu-ray for its ability to support high video bitrates.

MPEG-2 is also used for digital television broadcasts. This would include SDTV and HDTV broadcasts over terrestrial, satellite, or cable TV networks.

To a limited degree, they have been used for live and prerecorded video streaming over broadband Internet.

The main advantage of MPEG-2 compression is video quality.

You would have noticed this with DVD videos and digital television broadcasts.

MPEG2 compresses video by examining every frame. It removes information that doesn’t change from one frame to another. It saves only parts of the image when new information is introduced.

There’s a price to be paid though for video quality. MPEG-2 comes with large file sizes.

MPEG-4 was introduced in 1999. It was mainly developed for the transmission of video over the Internet.

It needs to undertake complicated scanning of each frame to determine which pixels it can remove to reduce the amount of data in a frame.

Owing to MPEG-4’s sophisticated compression technology video can be reduced to smaller sizes.

Smaller-size video files are suitable for transmission over the Internet and for playback on portable devices like smartphones.

In order for file size to be reduced, a lower bitrate has to be employed.

This may not be evident when the video is played back on smaller screens. But the difference in quality can be telling on larger displays.

MPEG-4 is a video codec. It compresses video to smaller sizes for playback online and on portable devices. MP4 is a container format. It accepts video encoded in MPEG-4 and also other compression formats and it can also accept images and subtitles.

Read more about the difference between MPEG-4 and MP4.

H.264 offers better compression efficiency. It is up to twice as efficient as MPEG-4.
You can record about twice as much data as MPEG-4 and yet maintain video quality.

Does MPEG-4 have Audio?

Yes, MPEG-4 audio is known as the M4A format. The format usually comes with the .m4a extension.

The format is popularly used for audiobooks and podcasts.

There’s also the M4P audio format available over iTunes and Apple Music. It comes with Apple Fairplay DRM, though.

What is the H.265 Video Compression? Where is it Used?