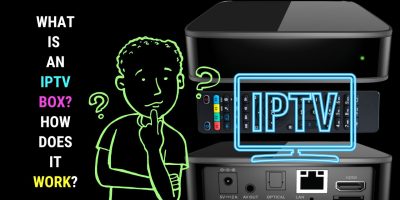 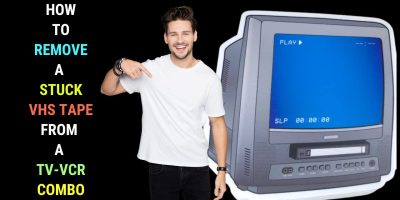 If you have dozens of VHS or 8mm tapes containing personal memories that you wish to convert to digital, it could really burn a hole in your pocket.

Additional fees will be charged if you want the service to edit your converted video.

So, if you’re tight on budget or want editing flexibility, it’s advisable to take the DIY route.

Especially, if you have a computer, a tape player, or a camcorder. and some basic video editing skills.

The only device you would need to add to the arsenal is a video capture device.

And one video capture you can try is Elgato Video Capture.

Elgato Video Capture is an analog video capture device that could be connected to a VHS, 8mm, or analog tape player or camcorder to help convert analog video footage to a digital format through a computer.

It works with both Windows and Mac computers through a USB 2.0 connection.

How Does Elgato Video Capture Work?

You can regard Elgato as a ‘bridge’ between analog video and digital video.

When video passes through Elgato’s analog ports, it is digitized before reaching the computer.

In other words, Elgato is a video digitizer.

Elgato Video Capture comes with female analog inputs – RCA or composite video and S-Video. You connect your analog video device (VHS player or camcorder) through RCA out or S-Video out to the RCA/S-Video in of the Elgato capture device.

The ‘output’ is a USB connector that you attach to a spare USB port on your computer.

After analog video passes through Elgato Video Capture and is digitized, it needs to be captured into the computer.

For this, you would need a video capture software program.

Elgato Video Capture comes bundled with one. It will get you quickly started capturing digital video.

With VirtualDub, you get the benefit of capturing video in the AVI format.

This gives you high-quality capture and you don’t lose much quality during editing.

The Elgato Video Capture software program doesn’t come in a disc with the device. Instead, you have to download it from the developer’s website.

This is convenient if you don’t have a DVD or CD drive on your computer.

Can You Use the Software to Edit Your Video?

No, you can’t, but you can trim the beginning and end of your video. To edit your video to add titles, music and so on you would have to import it into a dedicated video editor.

In what digital video format does Elgato capture video?

Video is captured in the H.264 (MP4). It’s a universal format supported by most modern multimedia devices.

However, if you’re using a Mac, you may also capture in the MPEG-4 format.

Captured in the MP4 format, an hour of captured footage takes up about 1GB of hard disk space.

Comparatively, if you’re to do a Firewire video capture (MiniDV and Digital8 footage) an hour of video will take up about 13GB of space.

So, if quality isn’t a concern, you can capture MiniDV and Digital8 tapes through Elgato Video Capture and save hard disk space.

From what analog video source can you capture?

NTSC, SECAM, and PAL analog video can be captured with the Elgato video capture device.

The resolution of the video captured is of two types.

What are the Computer Systems Requirements?

Elgato works with Windows 7 or later. Intel Core2 Duo with a processor speed of 2 GHz or equivalent is recommended.

With the Elgato Video Capture device you get the following:

Can You Capture Audio Only with Elgato?

Unfortunately, no. Elgato only captures video. However, you can capture audio separately from the video.

Once your video is captured, you can use a video converter or video editor to extract audio from the video.

Check out the video below to get an idea of how Elgato Video Capture works.