Need a New DVD Player? Choose Any of these Top DVD Players with HDMI Output to Your HDTV 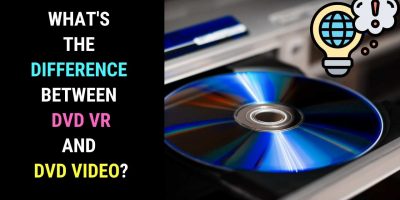 What is DVD VR Mode? What’s the difference between DVD VR and DVD Video? 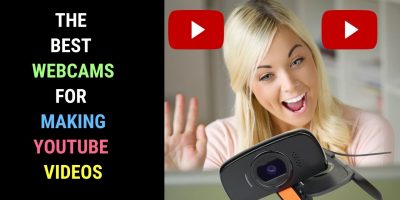 The Best Webcams for Making YouTube Videos: Take Your Pick

In this age of Blu-ray and High- Definition video streaming, DVDs are beginning to lose their popularity.

But that doesn’t mean they’re out of the radar of home entertainment.

The fact is not everyone is ready for Blu-ray or HD video streaming.

Why You May Need a DVD Player with HDMI Output

You may not have the budget for an upgrade. Some of you may be plain uninterested to embrace Blu-ray or HD DVD. You’re contented with their ‘old school’ DVD collection.

If you’ve not touched a DVD player in a long time and now feel like watching old DVD family videos on your HDTV, then you would want to consider getting an HDMI DVD player.

Or it could be that the DVD player is out of order and needs to be replaced. Since you already have an HDTV, why not get a DVD player with an HDMI output?

If you’re one who has been attracted by the DVD player with HDMI output, you ought to first learn what it can do and what it can’t.

So, what’s so special about a DVD player with HDMI output compared to a normal DVD player?

Almost nothing except for the HDMI connection. Maybe your older DVD player does not have USB ports to play image, video or MP3 files. Other than that, HDMI DVD players handle the usual suspects – CD-R/RW, DVD-RW/+R/+R DL, DVD-RW/-R/-R DL, and such as their standard counterparts.

As you already know, HDMI delivers High-Definition video through a single cable. With an HDMI output, there’s no need to connect your DVD player to your TV set using composite cables, S-Video, or component cables.

Does that mean that you’ll get to watch high-definition video by using an HDMI DVD player?

Sadly, the answer is no. Why? DVDs support only standard-definition video. There’s no way an HDMI cable can magically transform an SD video to HD video through an HDMI cable.

Why then should you buy an HDMI DVD player if the only reason is the convenience of connecting it to a TV with an HDMI cable?

Manufacturers, as a sales gimmick, have said with such players you can enjoy “1080p quality” or near-HD quality video with these DVD players that come with HDMI ports.

Well, that’s purely sales talk. You get a little quality boost, that’s all. But not enough to call it HD-quality.

If it can really deliver 1080p quality, then Blu-ray would be redundant.

So, the upscaling feature in an HDMI DVD player will add more pixels to the existing resolution and make the picture smoother, jagged-free and sharper on the HDTV set.

No Analog Video Connectors on Some HDMI DVD Players

You’ll get an HDMI port and digital and analog audio ports. That’s understandable. Why fuss over analog video connections when you’ll be using the player with an HDTV?

But then if you would also be using the DVD player with an older analog TV set, analog video connections would be welcome.

If you have a flat-screen TV, check to see whether the HDMI DVD player also has a component video output.

That said, let’s look at some top DVD players with HDMI upscaling ports. Some sellers are reminding prospective buyers that these players don’t support Blu-ray playback despite the presence of an HDMI out connection. Well, keep that in mind, before you read on.

If you don’t mind forking out a little extra cash, you want to get the Panasonic DVD-S700 HDMI DVD Player.

This upconverter DVD player is known for its fast disc loading. Superior audio is also promised through Dolby Digital.

Have DVDs from other regions? No problem. This player supports multi-region discs.

There’s a mini USB 2.0 port that allows you to plug in a flash drive to view images and play MP3 music. You can play movie files though.

Also, you don’t have to worry about black bars appearing on the sides of the videos. You can adjust the picture size and make the picture play in the 16:9 aspect ratio.

The DVD player has also an ‘intelligent’ feature which remembers where you stopped playing your last 6 DVDs. When you pop in any of these DVDs, they’ll continue playing from the points you left off.

In case of a power failure, your DVD will also continue playing from the point it stopped when power is restored.

This player has garnered 4.5 out of 5 stars over at Amazon. Apart from upscaling DVDs to play on HDTV, it has two other notable features.

Firstly, you can change your playback speed with sound. You can go up to 1.5 times faster than normal playback.

You can also switch to slow playback, should you want to watch educational or sports programs.

If you’ve MP3 files or JPEG photos in a pen drive, you can plug it in through the USB port and enjoy playback on your HDTV.

With Dolby Digital, you can enjoy 5.1 channel surround sound with your favorite movies.

There aren’t any analog video ports though, except for RCA L-R ports.

If you’ve DVDs from various regions, then you’ll have no problems playing them back.

This is a multi-region DVD player. Apart from playing media files from your USB drive, you can play your videos through the SD card with a capacity of up to 64GB in the FAT32 format.

The Arafuna portable DVD player with HDMI output comes with an RCA connection, in case you want to play it back on a standard definition TV.

If you have an HDTV with legs, this slim DVD player may sit between them under the TV set.

Craig has been in the consumer electronics field for over 50 years.

As such you can expect quality and value-for-money products from them.

The DVD player comes with an HDMI out port and also RCA and Component video out connections.

Disc loading may be a little slow though. But you can complain much with a economical DVD player like this.

What is DVD VR Mode? What’s the difference between DVD VR and DVD Video?

The Best Webcams for Making YouTube Videos: Take Your Pick