What is Digital Audio Tape (DAT)? How is it Different from Audio Cassette? 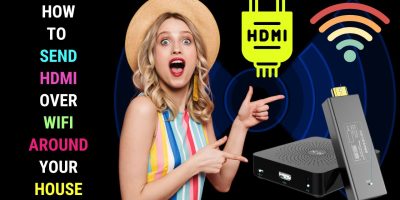 Digital Audio Tape (DAT) was introduced in 1987 by Sony. It looks similar to audio cassettes but it is smaller in size.

DAT which uses magnetic tape cassettes was intended as a replacement for the analog audio cassettes. Although not successful as a consumer format, it found limited success when it came to audio reproduction and recording.

A DAT recorder comes with a microprocessor that converts the audio signal to digital on a magnetic tape.

In other words, analog audio signals are converted to 0s and 1s for playback and storage purposes.

The same microprocessor then reconverts digital signals into analog ones which can then be read by an amplifier in a stereo sound system.

Two types of DATs were introduced. The first is R-DAT (Rotating-head Digital Audio Tape). The other is the S-DAT which comes with a stationary head block.

Both are incompatible with each other.

DAT has the advantage of recording at lower, higher, or equal sampling rates as that of a CD.

In the 1980s and 1990s, DAT was popular in recording studios. This was because of unlike Digital Compact Cassette (DCC) and the standard MiniDisc, it employs lossless encoding.

Also, the low cost of putting the format to work and its manageable size made it ideal for archival purposes.

Digital Audio Tape can only be recorded on one side or in one direction, unlike an analog audiotape. There’s no side A or side B for recording and playback.

This is very much like any videocassette, that can be recorded on only one side.

DAT employs the helical scan and rotating heads system to record and store data. In short, it is based on video recorder technology.

The disadvantage of this system is you can physically edit the tape. The cut-and-splice editing method doesn’t work with DAT.

Data transfer from a DAT to a hard disk needs to be effected in real-time.

DAT Recording undertaken in uncompressed digital format can be easily cloned. This didn’t go down well with the recording industry. It argued that DAT encouraged music piracy.

Watch the video at the end of the article to get an idea of what the dispute was all about.

With a width of 3.81mm and a thickness of 0.013mm DAT doesn’t score high marks when it comes to durability. It is more fragile compared to other digital or analog cassette tape formats.

DAT tapes that are longer are much thinner. A 120-min tape is 60 meters long and is less durable than one that is shorter in length.

Even a small crease or crinkle on the tape can cause audio mutes if it can be detected by the machine’s error correction system.

Although DAT wasn’t received well by consumers some notable albums were released in the DAT format.

Kylie Minogue’s Kylie was one such album.

As was mentioned earlier, the consumer market didn’t receive DAT well. Its popularity in the professional field didn’t last long, too.

DAT was once considered the ideal medium for live recording and studio backups.

Many in the pro audio field shy away from the DAT format as DAT machine parts aren’t easily available and there are very few companies servicing DAT machines.

Although DAT is no longer popular, blank tapes are still available for sale. Check out the following options if you’re in the market for one.

This tape comes with high-quality metal particle quality to ensure error-free recording suitable for studio use.

Tapes perform well without error up to more than 500 passes.

Check out this EMTEC DAT tape.

This tape is designed to minimize recording and playback errors. The cassette shell for one helps discharge static electricity quickly.

Check out this HHB DAT tape.

Those who wanted to listen to high-quality music went for portable Digital Audio Tape players.

The same applied to those who wanted high-quality audio recordings while out on the field.

To learn more about Digital Audio Tape (DAT), check out the video below.