What is Audio Sample Rate? A Quick Explanation 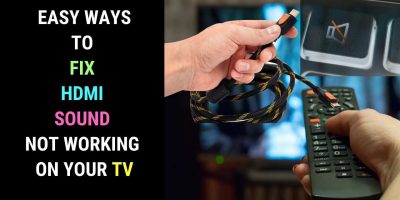 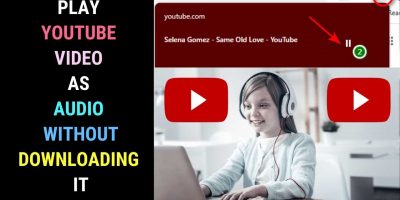 How to Play YouTube Video as Audio Without Downloading It

You would have often come across sample rates when digital audio is discussed.

For example, you would have heard that the sample rate for audio CD is 44.1kHz.

Also, when you’re using an audio converter, one of the output options you’ll be asked to select is the sample rate.

So, what does sample rate mean?

It means the speed at which samples from analog audio is taken when it is converted to digital.

A sample is the data captured at a specific time in the audio track. That sample consists of zeros (0s) and ones (1s) as it applies to all digital data. Treat it like a snapshot taken of an audio track at a particular point in time.

These samples per second are measured in kiloHertz (kHz).

A kiloHertz means a thousand times per second.

Let’s go back to the example of the audio CD’s sample rate of 44.1kHz. It means that the audio signal is sampled 44, 100 times each second.

Sometimes a sample rate of 96kHz is used. This is called oversampling. Oversampling is employed mostly to enhance the signal-to-noise ratio.

A high sample rate like 48kHz is used for DVD video. The sample rates of 88. 2 (double the sample rate of the audio CD) and 96 kHz are used with DVD-Audio and other HD audio formats.

Why Sample Rates are Higher than 20000Hz

You would notice that the sample rates above are much higher than the hearing range of the human hearing range.

This is because they adhere to the Nyquist theorem. It is also referred to as the Nyquist frequency. It is the highest frequency a digital sample can record.

This frequency is equal to half the sample rate.

Thus an audio CD’s sample rate of 44.1kHz allows for 22.05 kHz which is within the hearing range of humans.

Technically, yes. However, it will be a case of overspill. As mentioned earlier, the human ear is capable of detecting a maximum of around 20 kHz. Beyond that, it makes no difference in terms o audio quality to the ear.

So, a sample rate higher than 44,1kHz doesn’t make much difference to listening pleasure.

However, in professional recording studios audio may be recorded at sample rates of up to 192kHz.

This is done to maintain the audio quality during editing and mixing. When it is downsampled to 44.1kHz, audio quality is preserved.

Most Digital Audio Workstations (DAW) support audio with a sample rate of 192kHz.

How to Play YouTube Video as Audio Without Downloading It