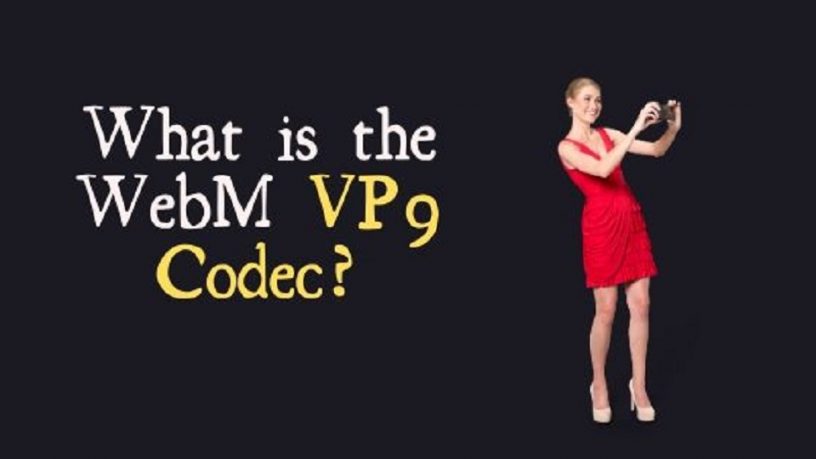 The WebM VP 9 codec is a royalty free codec and is open source.

If you’ve not heard of this codec before, it was developed by Google as an answer to the HEVC/H265 codec.

So, you don’t need a media player to open a WebM file encoded with the VP9 codec.

VP9 is the video codec that operates along with the Opus audio codec in a WebM container.

The aim of the VP9 codec was to reduce the video bitrate by at least 50% compared to the VP8 codec.

It also seeks to also rival the compression quality of HEVC.

A standout advantage of the WebM VP9 codec is it is supported in most HTML5 web browsers.

Web browsers such as Chrome, Opera and Firefox and Microsoft Edge support the direct playback of a video fileembedded with the WebM VP9 codec.

The exceptions are Apple’s Safari and Microsoft’s Internet Explorer.

VP9 is the final VP codec developed by Google. Google did announce the intention to develop the VP10 codec. However, it later incorporated ot into the AV1 (AO Media Video 1) project.

The VP9 has native support in such media players as VLC, Media Player Classic (MPC-HC) and even Android TV boxes.

Does Netflix Use the WebM VP9 Codec?

Netflix tested the VP9 codec and HEVC (H265) and found that both had equal compression capacities.

Netflix encodes its videos in both the H264 and VP9 codecs. When you download a show into your Android device it is encoded with the VP9 codec.

That’s understandable as the VP9 codec isn’t widely supported in the industry yet.

Tests by Handjack have shown that the Chrome browser can play video without stutter over a laptop at a resolution of 4096 x 4096 at 60fps encoded with the VP9 codec.

In short, the VP9 codec offers compression quality similar to HEVC but much smoother playback can be enjoyed over mobile devices and computer.

YouTube uses the VP9 codec. That’s understandable as the codec is the creation of Google.

If you encode your video with the VP9 codec, you’ll reduce your file size significantly, at least by 50% compared to if you do it with H264. This will save you on upload time if you have a long video.

If you’ve decided to embrace VP9 to save on file size and video bitrate and don’t have a video converter that supports VP9, here are some free options for you.

SUPER created in 2013, allows you to convert your video with the VP9 codec inside a WebM or Matroska container.

The Pazera WebM Converter encodes your video using the VP9 codec with a Vorbis audio stream.

It accepts the input of many video formats, including AVI, QT and ASF, but the supported output is only VP8 or VP9.

Alternatively, you could use the popular, open source video transcoder, HandBrake.