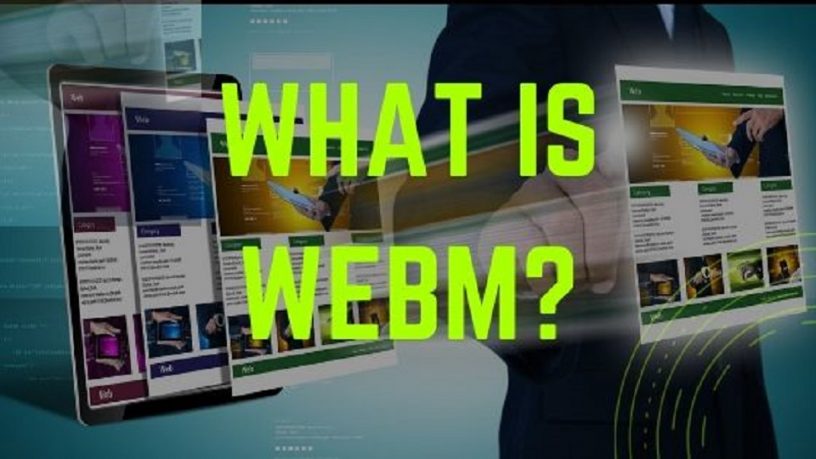 WebM is video container format designed for the web. It’s based on the Matroska video format.

WebM could be used for HD video playback, live video streaming and even video calls, In short the format can be used for any form of web video.

WebM is an open source initiative, It’s supported by such Internet giants as Google, Mozilla, Opera and Skype, among others.

The idea behind WebM is to provide a high-quality, affordable video technology for the web with the contributions of volunteer developers.

A WebM video has the .webm extension.

A WebM file consists of the following components a WebM container and codecs.

The WebM container stores information on the file – its duration, resolution and so on.

The WebM container is similar to the Matroska container, only that it’s a watered-down version.

The WebM container format strated off using the VP8 (video) and Vorbis (audio) codecs. Both are lossy codecs.

From 2013 onwards, WebMhas been adopting the VP9 and Opus video and audio codecs respectively.

WebM can be said to be the true web format. Other video formats currently being used aren’t really designed for the web – MPEG, MP4 etc. These formats were created with TV broadcast and hardware playback in mind.

Before the advent of HTML5, special plugins are required to play video on the web. In the past one had to install Quicktime, Flash, Windows Media Player and RealPlayer plugins.

WebM is supported by popular platforms. All popular HTML5 web browsers support this format and this includes Google Chrome, Opera and Mozilla Firefox and Microsoft Edge, among others.

Before that, videos used to be encoded with H264.

This one video format for which companies don’t have to pay royalty for. Currently, companies pay millions of dollars in licensing fees to use certain codecs.

The use of WebM which is constantly being enhanced will save media companies a huge amount of money.

How to Play WebM

If you want to play back a WebM file, you don’t need a media player. All you need is go to your browser and open the WebM file with it.

In Google Chrome, that would be CTRL + O. A video player will appear and you just have to click the Play button to watch the video.

If you don’t have a web browser that supports WebM, then you could use the following media players: