PAL VS NTSC – Which is Better? 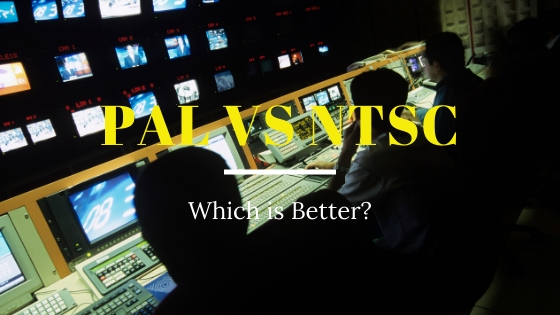 If you’re confused as to the difference between PAL and NTSC, this post will quickly answer the question : PAL vs NTSC – which is better?

It’s a broadcast format with a colour encoding system used in countries such as United States of America, Japan and majority of South America.

It’s a broadcast format used in some Asian, European countries including UK and in Australia and Sweden.

Which Has Better Picture Quality? PAL or NTSC ?

This means that picture motion is displayed faster.

Based on this, PAL offers a better picture quality and resolution.

Does NTSC vs PAL Matter Today?

In this days of digital television where analog video takes a back seat, the difference between them is very much less pronounced.

The main difference is in the refresh rates between the two systems.

The difference in image quality is hardly noticeable to the naked eye though.