OLED vs QLED : What’s the Difference Between the Two TV Technologies? 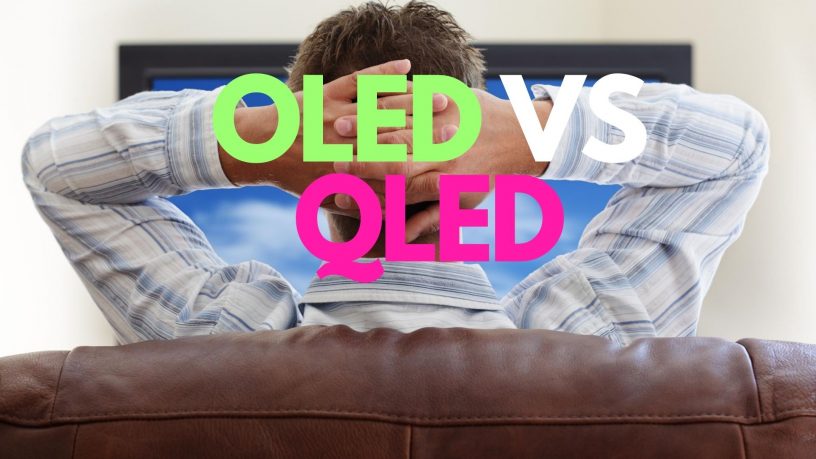 What is OLED TV Technology?

In fact, LG is the main supplier of OLED panels to other OLED TV manufacturers like Sony.

What are OLED’s Advantages?

The standout advantahe is the picture quality. That’s what everyone looks out for in a TV.

With OLED TV you get blacker blacks and brighter whites as tech experts put it.

The thing is to get blacker blacks you would need a dark room, as the video below explains.

What gives the OLED its superior picture quality is the ability of the pixels in an OLED panel to emit their own lights.

With an LCD/LED TV an external light source is needed, either from the back or the sides of the TV.

Easier on the Eye

OLED emits a much lower level of blue light, at least half the level emitted by an LCD panel.

This lower level of blue light helps keep your eyes protected in the long term.

If you’re one who binge watches TV and uses it to stream video and play games, OLED may come to your rescue with lower electricity bills.

You also get to enjoy faster screen response time with OLED TVs.

OLED panels are lighter and thinner than your typical LCD TV and you’ve much wider viewing angle.

OLED technology is fast gaining popularity not only in TVs but also smartphones.

Among the smartphones that employ the technologu are Huawei P40 ,Samsung Galaxy S20, Google Pixel 4 and Apple iPhone XS.

Be prepared to splash cash if you’re in a hurry to enjoy the OLED experience.

The reason why OLED TVs are pricery is because it’s expensive to make them. It’s reported there’s a high breakage level during the manufacturing process. Only those which escape breakages make it to the market.

That said, you should be happy with your present 4K TV and the bells and whistles that it provides.

The main players in the OLED market are LG, Sony, Panasonic and Philips.

It’s a TV technology aggressively promoted by Samsung. so much so folks believe it’s proprietary to the Korean tech giant.

Actually it was Sony who introduced the technology in 2013. Samsung now partners with Sony, Viziom Hisense and TCL to market QLED.

QLED can be considered a superior version of Samsung UHD TV with the addition of metallic, quantum dot filter.

Unlike OLEDs screen pixels don’t emit light individually. Instead, they are illuminated through backlighting, just like in an LCD/LED TV.

Now that you know the basics of OLED and QLED check out the videos below to learn more about the two TV technologies.

They may even help you with a buying decision.

Here’s another video that offers side by side picture quality comparison and even pixel microscopic examination.