What’s the Difference Between Smart TV and LED TV. 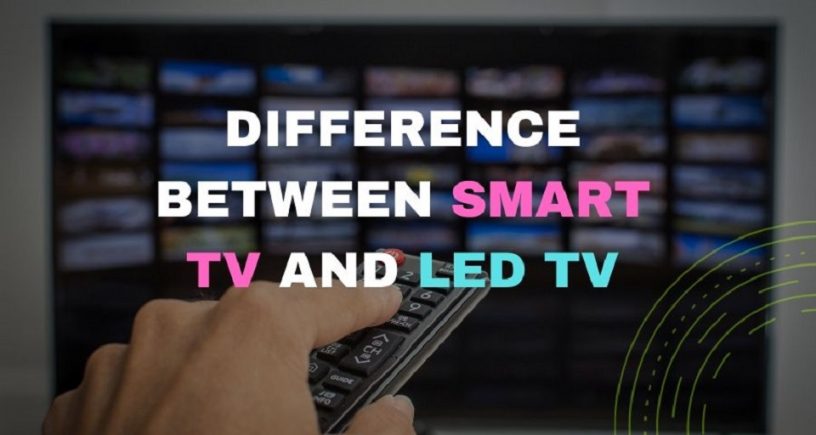 If you’re in the market to buy a new HDTV, you may be wondering whether to buy a Smart TV or an LED TV?

Which is of better quality and which would give you the best bang for your buck?

The standard LED TV can only be used as a display device for video sources from media playback devices like Blu-ray players, TV boxes and cable TV boxes.

One main attraction of a Smart TV is its ability to stream video from the Internet.

Usually, you watch video streaming services like YouTube, Netflix and Hulu Plus over your computer or smartphone. A Smart TV has that capability, too.

As has been mentioned earlier, a Smart TV is very much like a computer.

Smart TV is a Miniature Computer

You can go online with it and use a web browser which would enable to visit social media sites and even perform tasks like sending emails and so on.

Of course, you would need a fast, stable Internet connection. If you already have one, then your can connect your TV to the Internet wirelessly or through an Ethernet cable.

They use a special kind of backlighting instead of flourescent lighting placed horizontally behind the display area in a normal LCD TV.

LEDs are much smaller than flourescent lighting panels. As such the display unit is less bulkier and much more thinner than a normal LCD TV.

The LED feature provides TVs with a darker shade of lighting and higher energu savings.

Despite this plus, LED TVs have a draw back.

You get a limited viewing angle compared to that of an LCD TV.

With the advent of Internet-enabled affordable standalone TV boxes with preloaded apps, there’s not much differnce between Smart TV and LED TV.